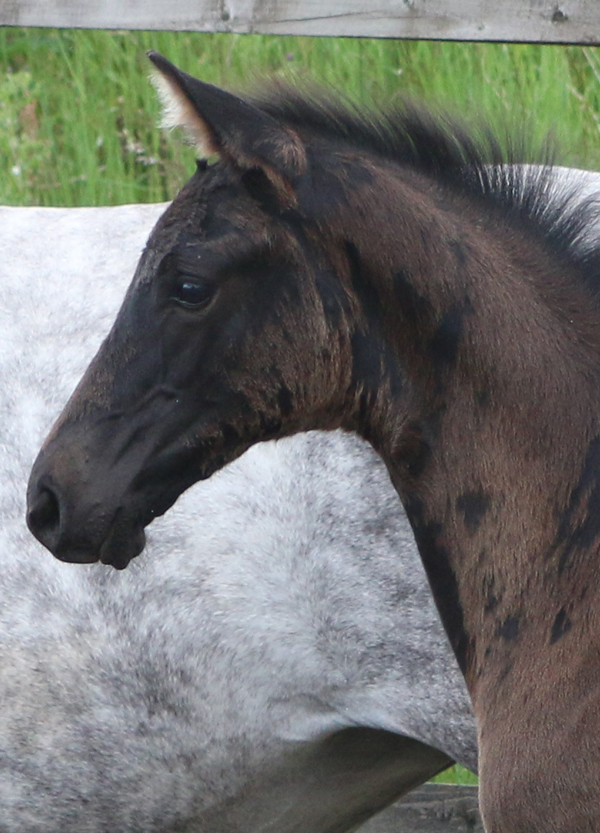 This athletic and charming colt has a pedigree littered with World Champions. By the breathtaking Helgstrand stallion JOVIAN from the UTHOPIA daughter of VALEGRO’s full sister.

Such an exciting pedigree with the incomparable JOVIAN combined with one of the best motherlines in the world.

We are so lucky to have a mare like U DANCING in our breeding programme. She is a daughter of WEIDYFLEUR II who is one of only two full sisters of the legend VALEGRO. WEIDYFLEUR II is the mother of the impressive stallions U GENIUS (full brother to U-DANCING), INTEGRO and DON VALEGRO. All are showing exciting potential under saddle. With particul;ar talent for the Grand Prix movements. The piaffe and passage of U-GENIUS promise to make him a world class Grand Prix horse.UTHOPIA Team gold medal at the London 2012 Olympic Games where Carl and Uti finished in the top five of the three tests to play a vital role in the historic medal. Team bronze followed the next year at the European Championships in Denmark with Carl producing a ‘captain’s performance’ with Uti.

His sire Apache was the KWPN Reserve Champion in ‘s-Hertogenbosch/NED and outstanding winner of the stallion competition in winter 2011/12. Ridden by Emmelie Scholtens, Apache joined the Dutch Olympic squad in 2015. In 2018, he was part of the Dutch team placed fifth at the World Equestrian Games in Tryon/USA. The following year, he came eighth in the World Cup Final in Gothenburg/SWE. 2019 was also the year in which this undoubtedly highly sought-after stallion unexpectedly passed away. Amongst his numerous licensed stallions, our champion producer stallion Kastel’s Grand Galaxy Win particularly stands out.

Please feel free to contact us for more information on “Joker Caledonia”, and we will reply as soon as possible.