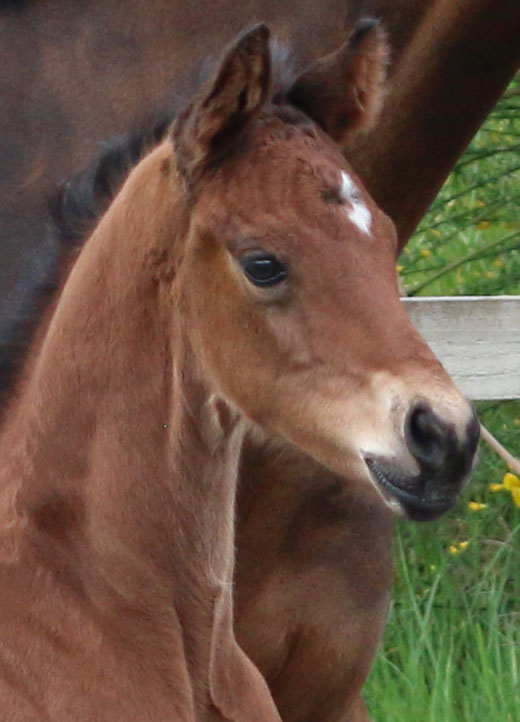 A colt with a pedigree littered with WORLD CHAMPIONS.

LOVE SONG, his grandmother, is a daughter and sister of Rastede Champions from the famous LOVE STORY family.

His grandsire SEZUAN  achieved the unique record as a breeding stallion of winning the World Championships for young dressage horses three times in a row, at the age of five, six and seven. He then won international competitions up to Inter I and is now being prepared by Patrik Kittel/SWE for his first Grand Prix competitions. Previously, he had already made a name for himself as the absolute record winner of his stallion performance test (ten times 10.0), Danish Champion Stallion and Danish Dressage Horse Champion. He has produced almost 25 licensed stallions, including So Unique, Hanoverian stallion market top price, German Champion and World Champion of young dressage horses, Secret, Vice German Champion and Vice World Champion of young dressage horses, and Sam, Oldenburg premium stallion.

Please feel free to contact us for more information on “Gallant Caledonia”, and we will reply as soon as possible.